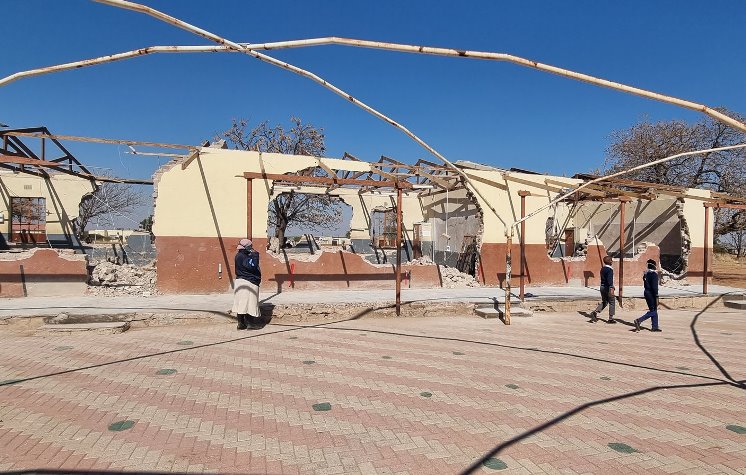 Primary School learners at Dibeng village outside Polokwane in Limpopo are learning inside shacks. This follows a decision by their parents to demolish the school building saying it was dilapidated.

The department would not be drawn to comment further. Community representative Kenneth Ramatshela says the building was no longer safe.

“The school has been written off, let’s demolish the school and take the material so that we can build the shacks for the kids so that they can come back to school and attend because they are behind with the lessons, so that is why you see the school is like this,” says community representative Kenneth Ramatshela.

The Desmond Tutu IP Trust has condemned the “loathsome” desecration of a Tutu mural in Cape Town, after it was