Zikalala concern over steady rise of COVID-19 cases in KZN 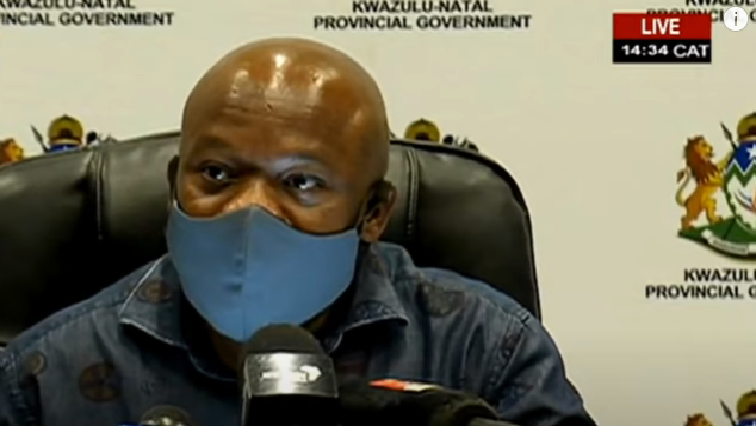 KwaZulu-Natal Premier Sihle Zikalala says he is concerned about the steady rise in COVID-19 cases. On Friday 353 people in the province tested positive.

Zikalala says his government has all systems in place, but is worried as high volumes of holidaymakers are expected.

KwaZulu-Natal usually sees an influx of visitors over the festive season. The province expects similar figures this year, despite lockdown level one restrictions.

Authorities are concerned about COVID-19 figures, crrently the province has 127 506 confirmed cases and 353 of them were recorded on Friday.

KwaZulu-Natal has seen a steady rise in the last four weeks. It is ranked third highest, after Gauteng and the Western Cape.

Sihle Zikalala gives an update on the COVID-19 response in KwaZulu-Natal:

Sihle Zikalala says: “The province is monitoring the resurgence indicators very closely and has not reached the resurgence threshold. although in the past week the number of cases has been fluctuating with the highest number of 353 recorded on the 27th November.

The provincial health department has urged the entertainment sector to ensure compliance to COVID-19 safety protocols.

KZN HEALTH MEC Nomagugu Simelane says: “The entertainment areas whether you are talking about taverns, lounges, parties the moment people get there precaution goes out the window. They would drink, speak next to each other, they don’t wash our hands, they don’t wear masks and so forth.”

The Premier also weighed in on the violence in the trucking industry. More trucks have been attacked on the province’s roads recently.

“The truck operators have committed to providing at least 400 new jobs and these will prioritise South Africans. We will engage with the department of labour and employment to manage the database of the prospective drivers which will be submitted by drivers’ associations.”

Zikalala promised that police would enforce the law on the province’s highways and verify work permits of foreign truck drivers.

News24.com | It is not the Speaker’s job to adjudicate the PAC’s leadership disputes – Parliament