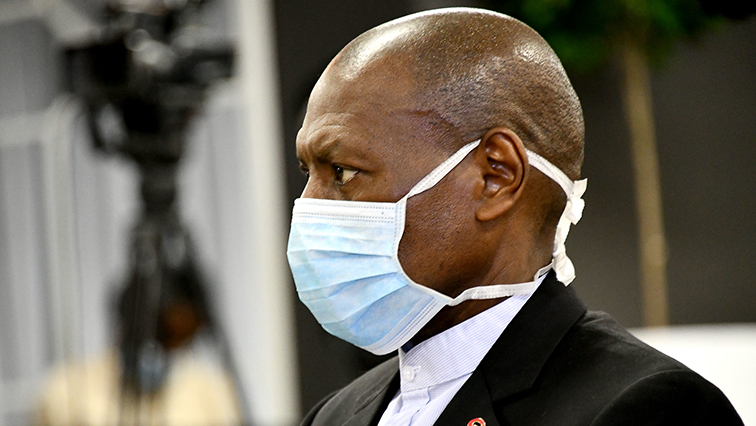 Residents of Nelson Mandela Bay still don’t know if stricter lockdown regulations will be enforced to curb the rapid spike in coronavirus infections in the city. Recommendations will be submitted to Cabinet next week, before a decision is made.

Health Minister, Dr Zweli Mkhize was on an assessment visit to the metro this week.

More than half of the new infections in the Eastern Cape are in Nelson Mandela Bay. The infection rate in the city is currently higher than what it was during the July peak.

This is Mkhize’s second visit this month to check on bed capacity and compliance levels and to hold talks about the summer initiation season, which is still suspended. Outreach and awareness campaigns were also conducted during his two-day visit.

“The real issue is the shortage of staff. But the shortage of staff is not more of nurses. Although those need to be added and doctors, but there has been a growing shortage of porters, cleaners and general workers. Just to illustrate what tends to happen… if there is a bed in the ward where the patient is supposed to be sent to. Then, of course, you need someone to clean up that place. So because of the shortage that’s part of the delay. The second part is the issue of the shortage of porters, movement of patients, from one area to the other is delayed. So that’s really what is the challenge. But of the increase in numbers it really created a crisis of hospitals that are full,” says Mkhize.

Observation wards were identified as bottlenecks in the system. Patients have to remain there while awaiting test results. There was an appeal for better management to get patients to beds, among others, at the Livingston Hospital.

“At this basement hospital we have 75 beds that are available and they are all fixed with oxygen, not because they are not functional but they are standby and its functional, but we still don’t have patients to fill those beds, it is unfortunate that we are not differentiating between private and public beds. In terms of public beds, we have space that is waiting. We still have VW, we still have Dora Nginza, we still have this one, we still have Empilweni, all those spaces are waiting for patients. So this thing of saying everywhere its full, for public hospitals is not true,” says Eastern Cape Health MEC Sindiswa Gomba.

Although the metro is the hotspot, there’s also concern about the rest of the province. The Eastern Cape accounts for 43% of new infections in the country.

“People in the metro need to take this virus more seriously because it’s getting really bad and people are still not wearing masks and social distancing. Also, the government must do something about taverns, because people there are not adhering at all to COVID-19 regulations and they are making this virus will spread more.”

“We need to get more police out there in communities to make sure that people obey the COVID-19 rules because that’s the only way that people are going to listen and how we are going to decrease the numbers in the metro,” some residents say.

A decision about the re-opening of the initiation season is expected next week. Traditional leaders are adamant that they are ready to host initiates. An estimated 40 000 young men in the Eastern Cape are set to undergo the rite of passage this December.