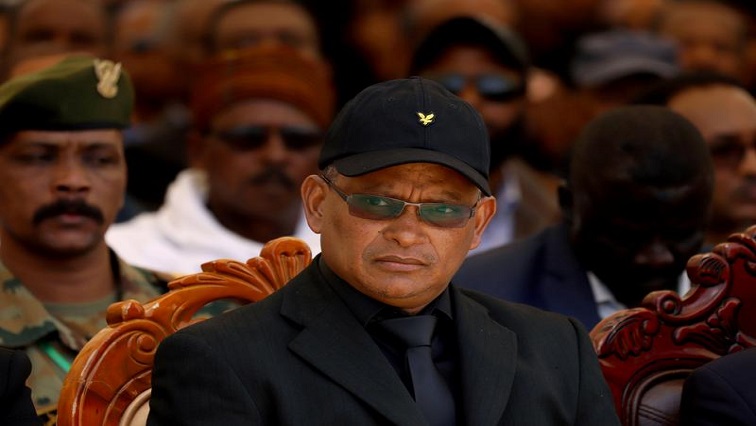 The Ethiopian government launched a manhunt on Sunday for leaders of a rebellious faction in the northern region of Tigray after announcing federal troops had taken over the regional capital and military operations were complete.

Prime Minister Abiy Ahmed government has been trying to quell a rebellion by the Tigray People’s Liberation Front (TPLF), a powerful ethnically-based party that dominated the central government from 1991 until Abiy came to power in 2018.

He said on Saturday evening federal troops had taken control of the Tigrayan capital Mekelle within hours of launching an offensive there, laying to rest fears of protracted fighting in the city of 500 000 people.

The prime minister, who refers to the three-week-old conflict as an internal law and order matter and has rebuffed international offers of mediation, said federal police will try to arrest TPLF “criminals” and bring them to court.

However, TPLF leader Debretsion Gebremichael told Reuters in a text message on Saturday evening that TPLF forces would fight on, raising the prospect that the conflict could drag on.

Thousands of people are believed to have been killed and nearly 44 000 have fled to Sudan since the fighting began on November 4. The conflict has been another test for Abiy, who took office two years ago and is trying to hold together a patchwork of ethnic groups that make up Ethiopia’s 115 million people.

The flow of refugees and attacks by the TPLF on neighbouring Eritrea have also threatened to destabilize the wider Horn of Africa region. An Ethiopian refugee stands as she is registered by the United Nations High Commissioner for Refugees (UNHCR) at the Um Rakuba refugee camp which houses Ethiopian refugees fleeing the fighting in the Tigray region.

Claims from all sides are difficult to verify since phone and internet links to Tigray have been down and access tightly controlled since the fighting began.

The police late on Saturday issued arrest warrants for 17 more military officers charged with crimes in connection with the conflict that include treason and embezzlement of public properties, state-affiliated Fana TV reported. They add to the 117 warrants issued for senior military officers it says are connected to TPLF since the conflict broke out.

It was not clear if any TPLF leaders had surrendered, their whereabouts or their next plans.

“Their brutality can only add (to) our resolve to fight these invaders to the last,” the TPLF’s Debretsion told Reuters in a text message on Saturday.

Asked by Reuters if that meant his forces would continue fighting, he replied: “Certainly. This is about defending our right to self-determination.”

Debretsion said in another text message that Tigrayan forces were withdrawing from around Mekelle.

UN concerned for the safety of civilians in Ethiopia’s Tigray region:

Regional diplomats and experts have warned that a rapid military victory might not signal the end of the conflict.

The TPLF has a history of guerrilla resistance. Tigray’s mountainous terrain and borders with Sudan and Eritrea helped the TPLF during its long struggle against Marxist dictator Mengistu Haile Mariam, whom it eventually toppled in 1991.

The TPLF and Eritrean forces fought together against Mengistu, but relations later soured after Eritrea became independent in 1993. The two nations fought over a border dispute in 1998-2000 and the TPLF sees Eritrea as a mortal enemy.

Eritrea signed a peace deal with Abiy in 2018, and the prime minister won the Nobel Peace Prize last year.

Six explosions were reported in the Eritrean capital, Asmara, on Saturday night, the US State Department said, although it was not immediately clear if they were related to the Tigray conflict. The State Department post did not mention the cause or location of the explosions.

Reuters was unable to reach the Eritrean government or Tigrayan forces for comment.

The TPLF, which denounces Abiy’s warm relations with Eritrea, has accused Eritrea of sending troops to Tigray to join the Ethiopian government’s fight.

The TPLF also accuses Abiy of wanting to centralise control at the expense of Ethiopia’s 10 regions. The constitution grants the regions wide-ranging powers over matters like taxation and security.

Abiy has denied he wants to centralise power.

This year, Abiy postponed elections scheduled for August to next year because of the COVID-19 pandemic. Calling this a power grab, the TPLF held its own regional elections in September and announced it no longer recognised federal authority. Abiy’s government declared the Tigray election illegal.

Ethiopia warns international community to stay out of country’s affairs:

The TPLF dominated Ethiopian politics from 1991 to 2018 as the most powerful member of a multi-ethnic coalition that ruled with an iron grip. The last few years of its rule were marked by bloody anti-government demonstrations. The jails are filled with tens of thousands of political prisoners.

When Abiy came to power in 2018, he speeded up democratic reforms: freeing prisoners, unbanning political parties, and promising to hold the nation’s first free and fair elections.

But the TPLF and some other ethnically based parties accuse him of wanting to centralise control at the expense of Ethiopia’s 10 regions. The constitution grants them wide-ranging powers over matters like taxation and security.

Abiy has denied he wants to centralise power at the expense of the regions.

In 2020, Abiy postponed elections scheduled for August to 2021 because of the COVID-19 pandemic. The TPLF accused him of a power grab, held its own regional elections in September and announced it no longer recognised federal authority.

Truck drivers fear for their lives following increase in attacks