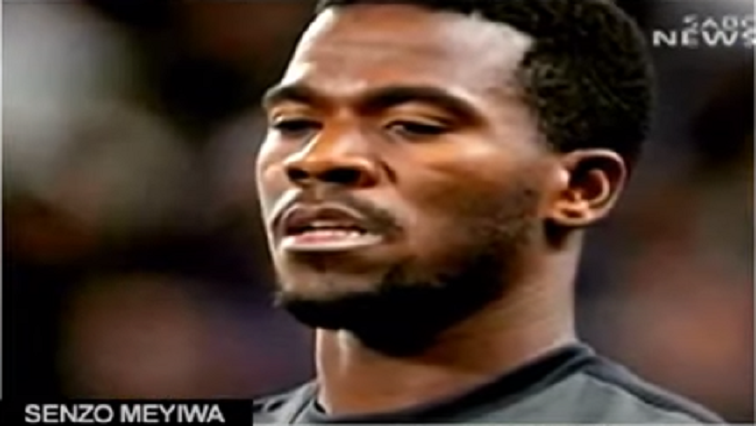 The Police Department is on Monday afternoon expected to provide an update on the Senzo Meyiwa murder case.

It’s been six years today since the former Bafana Bafana and Orlando Pirates captain was shot and killed in Ekhuruleni, at a house belonging to his girlfriend, Kelly Khumalo.

Police Minister General Bheki Cele and National Commissioner General Khehla Sitole are expected to address the media on the updates in Meyiwa’s murder investigations in Pretoria.

It is believed that detectives have made a breakthrough in the case by arresting several suspects in connection with the murder of South Africa’s best-loved goalkeeper. Police have been under public pressure for years to apprehend those responsible for his death.

Last Tuesday, the Meyiwa family expressed frustration at what they term “claims” meant to derail the investigations into Senzo’s death.

Reports suggest that a prisoner who may be linked to Meyiwa’s murder is currently in jail for the murder of a taxi boss and the gun used in both murders was found at the Cleveland Police Station.

Meyiwa’s uncle, Siyabonga said the only people who know what really happened are those that were in the house at the time of the murder.

“As far as we understand, someone that killed Senzo…the people in the house must know and as far as we are aware, it’s not someone from outside. We’ve been getting these stories every time that some imminent arrest is going to take place where people are creating some sideshows to maybe distract (investigators) from the real event and the real culprits being arrested (sic).”

He added: “The people inside the house know exactly what happened and they actually know the truth and as far as we are concerned. The truth will come out and the others are just in our view, sideshows created primarily to distract the investigations. The people that we suspected were going to be arrested still remain at large.”

Family reacts to a breakthrough in the Senzo Meyiwa murder case:

Lobby group AfriForum in December said that they had called on the NPA to open an inquest into Meyiwa’s murder on behalf of the family.

AfriForum CEO Kallie Kriel said they want to test the evidence through an inquest which might eventually lead to a prosecution.

“The best positive part of an inquest is that you’ll have people under oath, the eight people that were in the house will have to give evidence under oath, so Advocate Gerrie Nel will be able to cross-examine and we know of course cross-examination is one of the best tools to make sure we unearth the truth.”