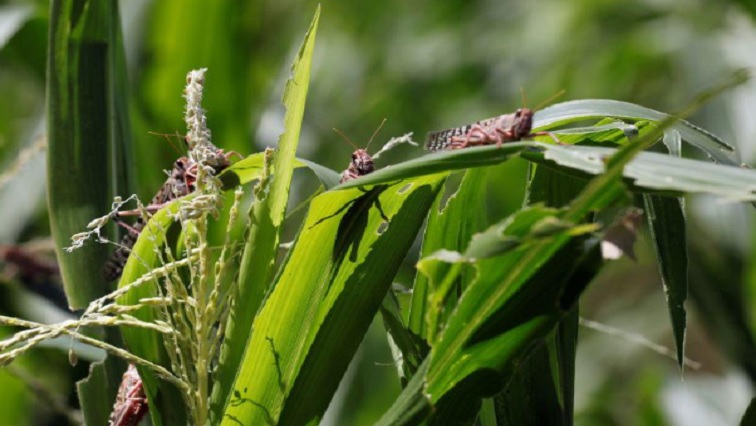 The Department of Rural Development and Agrarian Reform in the Eastern Cape says it will assist 127 farms that are struggling to deal with a brown locust outbreak in the Chris Hani and Sarah Baartman districts.

The area that has the biggest concentration is Middleburg and Graaff Reinet.

The department says farmers are being trained to ensure they adhere to the Locust Policy of South Africa.

The department’s entomologist Nolitha Skenjana says, “The outbreak is in the Karoo parts of the Eastern Cape where it has made livestock farming that occurs, meaning that the insects are competing with livestock for grass, but if they are not controlled they might migrate to crops to vegetable. The management of brown locust in South Africa is the competent of the national department. As a province, we assist as requested by national. We create an awareness within the province.”

Meanwhile, huge swarms of locusts have invaded Ethiopia’s farming land, wrecking crops, threatening food supplies and the livelihoods of millions of people in the most serious outbreak in the east African country in 25 years.

The crop-devouring insects have damaged about 200,000 hectares of land since January, as the country struggles with food security affected by the coronavirus pandemic.

A single square kilometre swarm can eat as much food in a day as 35,000 people.

Farmer Emal Ahmed Kare, whose fields of sorghum, wheat and teff have been damaged by locusts, said he had no crop left to feed his nine children.

“We have no hope unless the government do something,” he said in his field in Kombolcha in north-central Ethiopia.

The UN’s Food and Agriculture Organisation (FAO) intervened to help the spread of locusts. Fatouma Seid, FAO representative in Ethiopia, said that that an aircraft and an helicopter would be deployed to help fight the invasion.

“We have quickly moved, both the government and FAO, over the weekend we already brought two air assets that are spraying as we speak,” she said.

The COVID-19 pandemic has disrupted the FAO’s supply chain of pesticides and equipment, such as vehicles and sprayers, necessary to fight the swarms.

Conflict and chaos in much of Yemen, where some of the swarms originated, made spraying pesticide by airplane impossible. That combined with unusual weather patterns such as heavy rains and floods have worsened the latest swarms spreading across Ethiopia.

Seid said infestation will continue into 2021 adding that Ethiopia is now primarily being invaded and the swarms will then go to Kenya. – additional reporting by Reuters