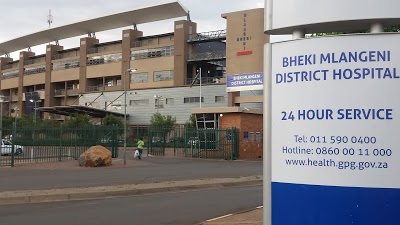 The Democratic Alliance (DA) has called on the Gauteng Health Department to investigate an alleged rape of a psychiatric patient at the Bheki Mlangeni hospital in Soweto over the weekend.

The department is yet to release a statement on this. However, it is alleged that a male patient at the hospital allegedly rape another male patient.

In May an elderly patient died at the same hospital after being stabbed multiple times in the chest with an object, allegedly by a 17 year old mentally ill patient.

DA Gauteng Health spokesperson Jack Bloom says what is happening at the hospital is really shocking.

Bloom says, “ I really think that safety needs to be increased at our hospitals very urgently. We need to get proper security companies and we must get rid of bad management. The latest alleged rape is at the Bheki Mlangeni hospital in Soweto which has had more than 10 violent incidents already this year…”