In revival of street movement, Algerians protest for second Friday 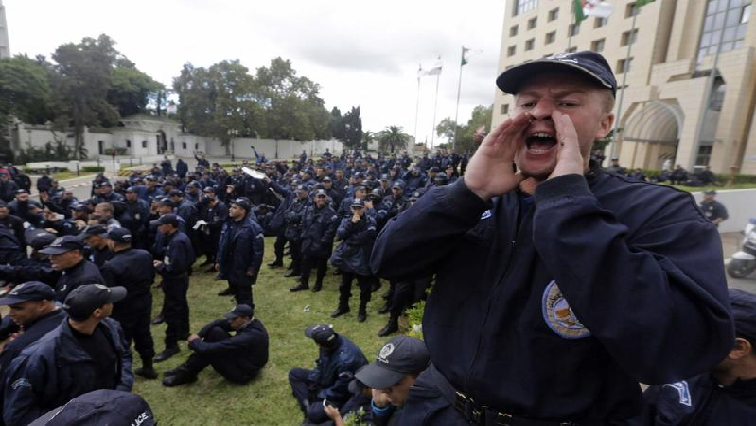 Thousands of Algerians demonstrated against the political and military elite in cities across the country for a second successive Friday, as the United Nations human rights body voiced concern at what it called a crackdown on protesters.

The demonstrations mark a resumption of the street protest movement, calling for the old political establishment to depart and the army to quit politics, that suspended its weekly marches a year ago because of the COVID-19 pandemic.

Police have not stopped the protests but maintain a heavy street presence and the spokesman for the United Nations High Commissioner for Human Rights said there was reliable information that hundreds had been arrested around the country.

The mass street protests erupted in 2019, prompting the military to oust veteran President Abdulaziz Bouteflika, and continued weekly until the global pandemic reached Algeria a year ago.

“Thieves, you have destroyed the country,” the protesters chanted in central Algiers.

“This peaceful revolution will continue until we fully achieve our goals,” said Mohamed Meriche, 33, a school teacher.

President Abdelmadjid Tebboune, elected in 2019 in a vote that many protesters regarded as a charade, has hailed the movement as providing national renewal, but demonstrators see his government as a continuation of previous administrations.

“There have been numerous instances across the country where security forces have used unnecessary or excessive force and arbitrary arrests to suppress peaceful demonstrations,” the spokesperson for the UN rights commissioner said on Friday.

News24.com | Mbalula says claims that new Prasa chief is too old is ‘sensationalist’