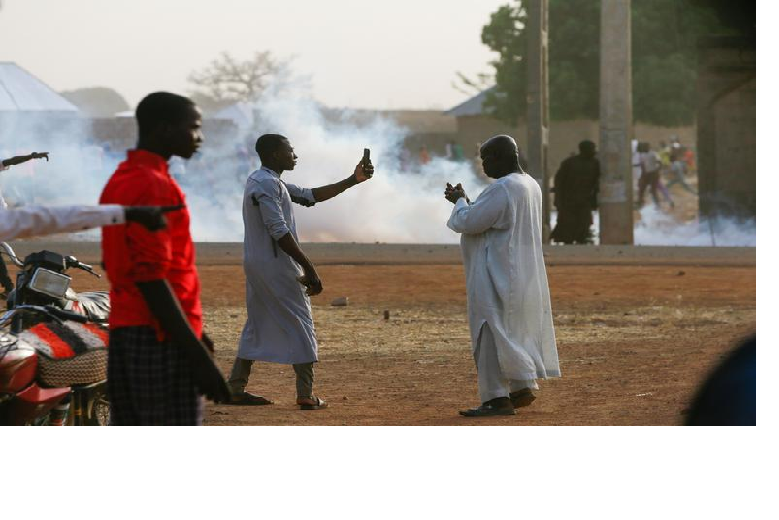 Gunfire filled the air in northwest Nigeria on Wednesday, as violence erupted amid the return of 279 kidnapped schoolgirls to their families.

The abduction of the children from their school in Zamfara state has drawn the world’s attention to a remote corner of the country. What was supposed to be a happy end to their five-day-ordeal descended into chaos.

At least three people were shot, though according to Reuters witnesses, it was not immediately clear by whom.

Mayhem broke out as parents, impatient to take their children home, burst into a hall where government officials were giving speeches in front of the newly-freed girls.

Officials fled, and parents began to grab their children and leave. Outside the school gates, witnesses said gunshots could be heard.

Reuters witnesses saw police fire tear gas at a group of protesters outside the school, and soldiers began to shoot into the air.

The trend was started by the jihadist group Boko Haram, but recent months have seen a sudden escalation of similar attacks.

The video below relates to the search for abducted Nigerian girls:

News24.com | Bavuma on being SA’s first black African cricket captain: ‘The significance is not lost on me’