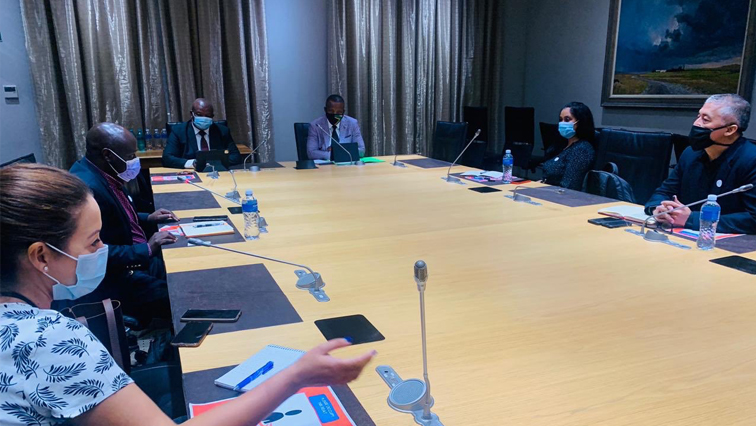 The United Democratic Movement (UDM) says they are eagerly awaiting feedback from the Broadcasting Complaints Commission (BCCSA), following an official complaint filed with the commission against eNCA.

Dentlinger allegedly asked black members of Parliament to wear masks before interviewing them while she did not do the same for their white counterparts.

UDM’s Nqabayomzi Kwankwa was one of the MPs who was asked to wear a mask during his interview with Dentlinger.

Kwankwa says there’s no amount of apology, whether public or private, that will make them withdraw their complaint from the BCCSA and South African Human Rights Commission (SAHRC).

He says, “The apology is fine but it’s too little too late because l felt like they were pressured by the public and embarrassed by the incident in order to apologise, so it was not entirely sincere but I didn’t blame it on Lindsay because l saw it’s the management of the eNCA that has failed dismally…”

“We took them to task even about the statement they issued. We told them how arrogant and how disrespectful it was. We made it clear that if they were to issue a public apology, it’s South Africans who forced them to take an about-turn and apologies. But our focus should be to stay with the BCCSA complaint we have lodged against eNCA and to the Human Rights Commission, those entities would be able to guide a way forward,” added Kwankwa.

On Wednesday the UDM said it held a fruitful meeting with eNCA management over the conduct of Dentlinger.

Just finished our fruitful meeting with the ENCA management, where we discussed the mask incident, transformation at eNCA and in the media industry in general.@eNCA has committed to issue a statement about our proposals to them and the resolutions of the meeting tomorrow. pic.twitter.com/VKjfCCUvKi

#eNCARacism: UDM writes to SANEF to discuss what happened with last week’s “mask incident” and engage on racism in journalism.

Gauteng ANC stages a protest at the ENCA headquarters over racism allegations:

The thing with @eNCA is that they’re refusing to see this for what it is!

There are more videos of #LindsayDentlinger demanding black politicians to wear masks whilst she takes a different approach with white politicians!

How are the videos misleading? pic.twitter.com/fuJA57a2bf