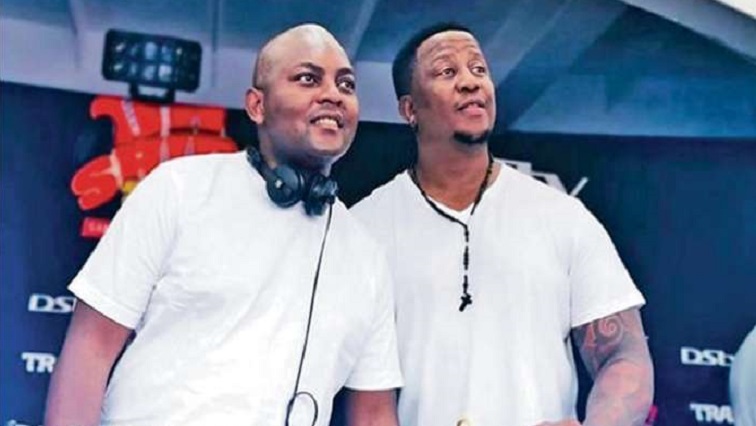 The Sunday World is facing pressure to fire one of its reporters and publish a front-page apology. This is a demand from the “I Believe Her” organisation in response to a recent article published this past weekend over rape allegations against media personalities DJ Fresh and Euphonik.

The Sunday World is participating in a smear campaign as well as targeted harassment on behalf of two prominent DJs accused of rape. Ngwako Malatji should resign and the paper should issue an apology. pic.twitter.com/3RQqk8fQaR

The demands were made clear during a picket outside the publication’s offices in Dunkeld, north of Johannesburg, Thursday morning.

The group says the article contained sensitive and confidential information sourced from a police station in respect of the reported rape allegations levelled against the two.

“The additional information used in the article consisted of a statement given to a member of the Saps without the victim’s consent and or knowledge. This conduct is detrimental not only to the safety of victims of gender-based violence, but also an infringement of their rights to privacy, confidentiality and right to protection under the law. By publishing the information, Sunday World and Malatji failed to exercise care and consideration involving the private lives and concerns of the victim, for her dignity, safety and reputation,” says Onica Makwakwa of Wise Africa Collective.

Sunday World management received the memorandum and said internal investigations were under way.

“The memorandum is going to receive my utmost attention and I will be able to respond to the demands in due course. There are processes that have to be taken in relation to a case such as this. I wouldn’t like to undermine the processes that are currently under way,” says Sunday World Editor, Wally Mbhele.

Wally Mbhele, Editor of Sunday World : “I am truly sorry”

Proud to be a sister keeper

The activist groups are also calling for an urgent meeting to engage the paper’s approach to reporting matters related to gender-based violence.

‘I Believe Her’ demands Sunday World to fire reporter over article on rape allegations: