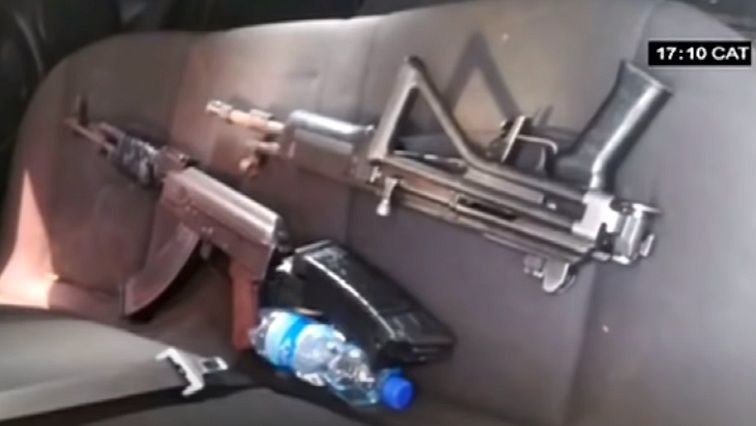 Two people have died and nineteen suspects have been arrested following a shootout in Midrand between police and would-be robbers.

Police say they foiled the planned hijacking of a truck carrying cellphones worth R60 million by swooping on the robbers at a house.

The suspects opened fire when the police approached.

A security guard and one of the suspects died at the scene.

Police have recovered ten illegal firearms, four stolen vehicles as well as a jamming device, and have linked the suspects to other crimes.

Police spokesperson, Mathapelo Peters says: “It is reported that members of the highway patrol were approaching when suspects started firing shots at them to which the team retaliated and returned fire. 14 suspects including two women were arrested. Other members who were strategically positioned outside the house gave chase and 5 more suspects were cornered and arrested at 5 different scenes.”

Peters added: “A security guard as well as one suspect were fatally shot. It was discovered during the on-site investigation that one suspect had snatched a 7-month old baby to possibly use the child as a shield during a shootout. The child has since been found uninjured.”

A look at WHO Director Tedros Adhanom’s work, challenges facing the organisation