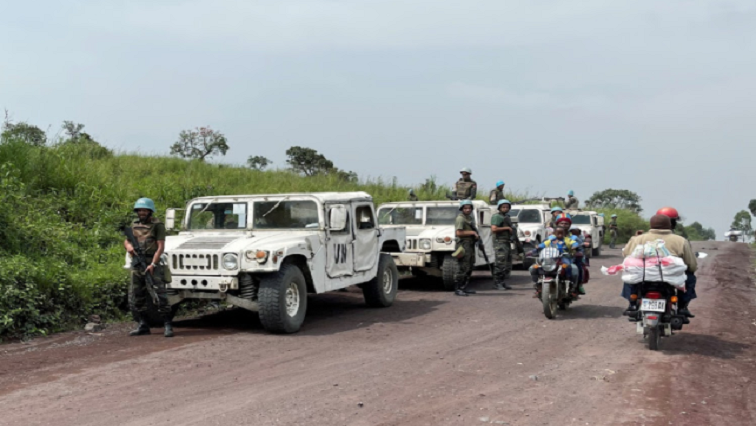 The United Nations Secretary General, Antonio Guterres, has condemned the attack on a World Food Programme convoy near the regional capital of Goma, in the eastern DRC. Three people were killed when the UN humanitarian convoy was targeted, including the Italian Ambassador to the DRC, a bodyguard and an official of the WFP.

The region in eastern DRC is close to the border with Rwanda and is a well-known theatre for multiple armed groups and asymmetric attacks.

The Italian Foreign Ministry and the World Food Programme confirmed the deaths after assailants attacked the convoy in a kidnapping attempt. This included the death of Ambassador Luca Attanasio, an Italian police officer and a WFP driver. Italy’s Foreign Minister Luigi Di Maio indicated earlier that the circumstances of the brutal attack are not yet known and that no effort will be spared to bring to light what happened.

The UN Chief rebuked the assault and expressed his sympathies with the families affected through spokesperson Stephane Dujarric.

“The Secretary-General strongly condemns today’s attack against a joint field mission of the World Food Programme (WFP) in Kibumba, near Goma. The attack was perpetrated by unidentified armed elements. The attack resulted in the killing of three people, including the Italian Ambassador to the Democratic Republic of the Congo, his bodyguard and a WFP national staff member.

The Secretary General expresses his deepest condolences to the families of the deceased, as well as to the Governments of Italy and the Democratic Republic of the Congo. He further expresses his full solidarity with the WFP colleagues and the entire United Nations team in the country,” said Dujarric.

Reports from the region suggest the convoy was stopped by armed men, a local WFP driver killed followed by an effort to lead the convoy into the forest in what was described as a kidnapping attempt. But a DRC army unit and park rangers responded and engaged the attackers when the Italian Ambassador and his bodyguard appeared to have been shot by the insurgents.

“The Secretary General calls on the Government of the Democratic Republic of the Congo to investigate swiftly this heinous targeting of a United Nations joint field mission and to bring the perpetrators to justice. He reaffirms that the United Nations will continue to support the Congolese Government and people in their efforts to bring about peace and stability in the east of the country,” says the UN Chief’s spokesperson.

The head of UN Peace Operations Jean Pierre LaCroix has also weighed in.

“I obviously extend my condolences to the government of Italy and to the WFP and colleagues from that agency with whom we work day in day out in the DRC as well as many others countries, helping communities and helping people. There will be an investigation obviously and we will support, MONUSCO will support that investigation,” LaCroix says.

The perpetrators of this attack have not been identified, but DRC Foreign Minister Marie Ntumba has promised the Italian government that they will do everything to discover who was behind the murderous incident.