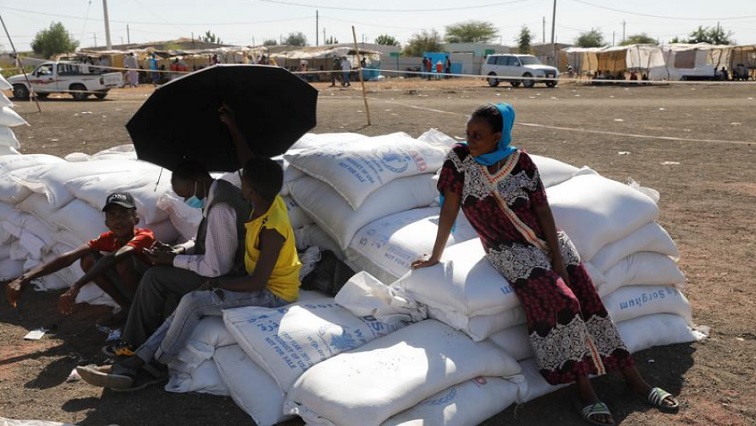 Relief agencies in Ethiopia prepared convoys on Thursday to truck aid into Tigray region, where a month of war is feared to have killed thousands of people and has forced refugees to flee along corpse-strewn roads.

However, TPLF leaders have dug into surrounding mountains in an emerging guerrilla strategy. “The war is a people’s war and will not end easily,” its spokesman Gebre Gebretsadkan said on Tigray TV, adding that fighting had continued round Mekelle.

One aid worker in touch with Tigray said clashes had been taking place to the north, south and west of the city. The government did not immediately respond to a request for comment.

Diplomats in touch with sources on all sides say thousands of combatants and civilians appear to have died since Abiy’s offensive began on Nov. 4, after a TPLF attack on a military base was the last straw in their feud.

More than 45,000 refugees have crossed into neighbouring Sudan, while many more have been displaced within Tigray.

One refugee, who gave his name only as Abraham, saw corpses in civilian clothes as he fled the Tigrayan town of Humera towards the border with Sudan.

“Nobody can bury them, they were outside on the road,” he recounted from Hamdayet, a Sudanese border transit point.

Ethiopia’s government and the TPLF have both accused each other of – and both denied – targeting civilians.

The TPLF said it had destroyed government tanks and accused Eritrea of deploying troops to back Abiy. Eritrea’s government could not be reached for comment but has previously denied that.

Claims from all sides have been hard to verify while access to Tigray region was blocked and communications largely down, though internet and phone services were returning this week.

In Qadarif, also in Sudan, the mother of a newborn baby recounted how she had fled Tigray at eight months pregnant.

“While I was frightened and running away, that’s when the pain started,” said Atikilti Salem, breastfeeding her 22-day-old baby Abeyam.

“I found a small village and gave birth in the hospital … I wanted to call her Africa, but I instead named her after the doctor who delivered her … When the war is over … I’m going to tell her the story of how she was born.”

Ethiopian authorities and the United Nations agreed to move humanitarian aid into federal government-controlled areas of Tigray. Some 600,000 people relied on food handouts even before the fighting.

Food stocks are nearly empty for 96,000 Eritrean refugees in Tigray, aid agencies say, while medics in Mekelle are short of painkillers, gloves and bodybags.

Tigray’s new government-appointed leader Mulu Nega said help was on its way to areas of west Tigray including Humera.

The first video from Mekelle since its capture on Saturday, from state-run ETV, showed people shopping and sitting on stools.

“Life is getting back to normal … Everything is, as you can see, very peaceful,” one man said in the footage which Reuters could not independently verify.

Tigrayans have strongly supported the TPLF and seen them as war heroes from the 1991 overthrow of a Marxist dictatorship.

Analysts fear that Abiy’s political reforms, after he took office in 2018, could be set back by the conflict, and his tougher line against foes including jailing opposition figures this year.

He became prime minister after nearly three decades of TPLF-led government that had become increasingly repressive.

Abiy, who comes from the larger Oromo and Amharic ethnic groups, reduced Tigrayans from government and security posts, saying they were over-represented for a group making up 6% of the population.

The TPLF accuses their ex-military comrade and government coalition partner of trying to increase his personal power over Ethiopia’s 10 regions. Abiy denies that, calling them criminals who mutinied against federal authority.